This past weekend was a long weekend for most of us and for me I decided it would be the time for me to continue making some headway on my New Years resolutions.

When my husband cleaned out his closet one thing he decided to let go of was a pair of pajamas that he never wore...I decided to re purpose them.

They were a nice cotton pair with a pleasing blue striped pattern that I thought would make: 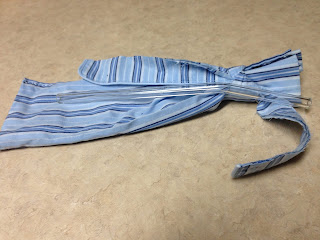 A cool reusable straw holder (from one of the sleeves) 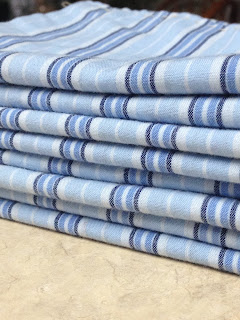 I love having these two things.  Now I can bring my straw(s) with me (the bag is big enough that it can hold several) and my nose is so much happier to have this soft cloth instead of the rough paper tissues.

The fun didn't stop there...oh no the party kept going...AND

I made a years worth of laundry soap and about 6 months worth of deodorant for us for a fraction of the cost of conventional chemical laden brands from the store.

For our deodorant I used: 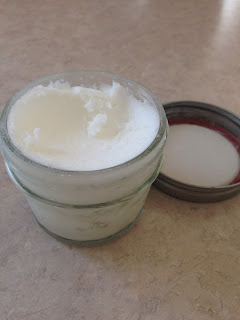 I made two containers and the cost was $1.59 worth of ingredients

For the detergent you need: 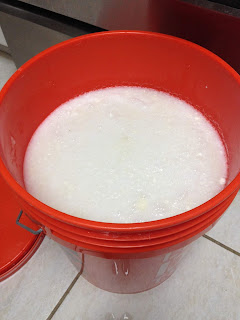 The laundry soap makes a 5 gallon buckets worth and cost a mere $2.14 in ingredients

The time it takes to make both of these products is not long, and in fact making the laundry soap is a bit of a work out since you have to grate the laundry soap bar.  For me seeing that it costs me $2 to do laundry for the year for a family of 5 just blows my  mind.  I can't fathom why anyone would want to pay so much for ready made heavily perfumed soap.

I do these things for the family not to save money, although that is a nice benefit, but really I do it to keep track of the ingredients that we put on our skin.

Do you do anything similar in your own household?  If so please share your recipes.

Positive out of a Negative

This past Sunday we had an ice storm and it knocked out the power, but luckily for us, only for the day.

The sadder part is that the internet was also knocked out.

We are now into day 4 of no internet.

At first you might think no big deal...but once it is gone you realize how much you depend on that connectivity.

My kids and husband were bummed because they couldn't use their devices and watch shows on Netflix.  It also meant that many of the video games we have, which require an on-line connection, couldn't be played either.

This perhaps drums up imagines of Lord of the Flies and that my house has gone completely crazy. 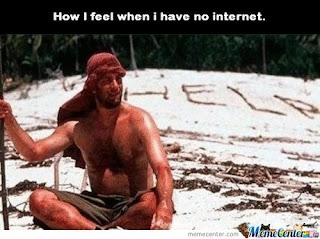 Actually I am pleasantly surprised to report that just the opposite has happened.

Instead both of our boys have decluttered and minimized their possessions.  They took the Marie Kondo approach and emptied out their clothes, the desk drawers, assorted electronics and went through their komono...and in the end have traded rooms.

My oldest, who is 16, decided he wanted a smaller bedroom so that he could be mindful of the number of possessions he has.

Our middle child, who is 11, was overjoyed to get his older bother's room and for both of them there is a fresh sense of joy that they have for their respective spaces.

When you look in their drawers the clothes are folded neatly and in rectangles and they radically minimized the number of clothes that they have.  Once you pull that stuff all out you realize that there are a bunch of clothes that you don't really wear or like...and that when you are forced to fold them up again...you don't want to and that there is no joy/happiness in that item.

When we haven't been decluttering we've been enjoying time together as a family and watching regular tv (via antenna).  Last night they discovered the fun of Jeopardy.  What is mind blowing to them is when my husband and I say this is how we used to watch tv...you don't get to just pick on demand what you want to see.

It's come with a learning curve but it has been it nice to hang out together at night...so for me, I might not mind if the internet is out a little longer.

What are some fun activities that you like to do with the power, or internet, are out?
Tweet
Posted by Rachel at 10:55 AM 2 comments

We All Make Mistakes

So one of my resolutions this year was to use no plastic straws.

Just don't use them.

Yeah well today, 9 days into my list of resolutions and I've made a mistake...I used a straw. 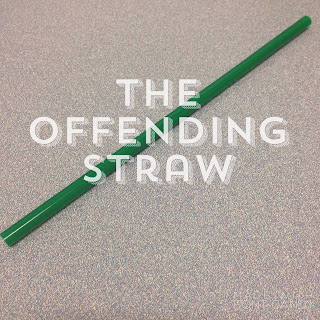 I had a gift card to Starbucks so I decided to get a coffee (didn't break my resolution for this part) but then without thinking grabbed the straw on my way out.

As soon as I popped it into the drink I realized what I had done...now the quandary was what to do about it?

I couldn't put it back in the paper and return it to the shop...so I decided instead to make a $5 donation for each straw I take.

I don't mean this to be a way for me to keep using straws and then paying off my debt with a donation...but I thought I should have a stiff reminder.

I looked around and decided the South Carolina Aquarium Sea Turtle Care Center would be my charity of choice.  They do some wonderful work to help out the local population of sea turtles in South Carolina (turtles can have some very sad injuries from straws).

I am going to keep a tally on my resolution spreadsheet so that at the end of the year I know how much to donate (I am hoping that it is only $5).

So this is the first expansion to my resolution list but it is also a reminder that I need to stay on top of my selections for this year.  One item I was going to take care of was to sew a pouch to carry my stainless steel straws...looks like I need to get on that tonight.

What have been your remedies for not keeping a resolution?  Do you give up?  Or do you find a way to work with the error?

Hopefully you aren't too harsh and show yourself some grace.